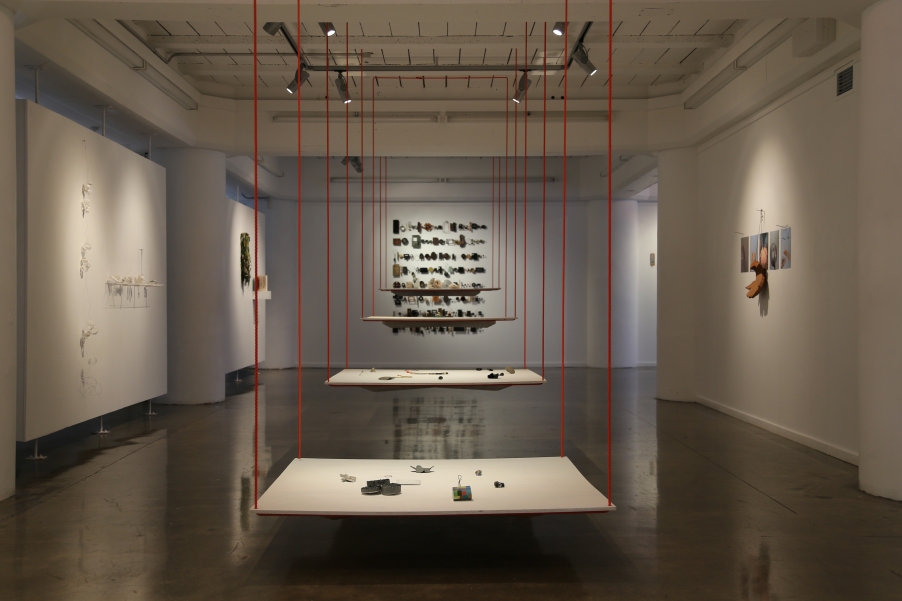 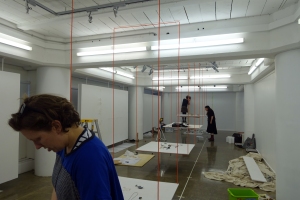 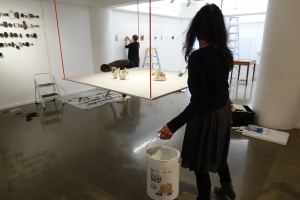 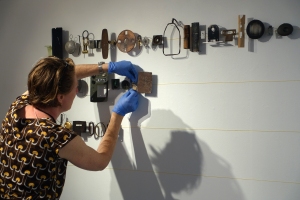 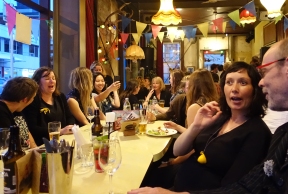 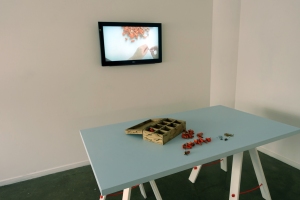 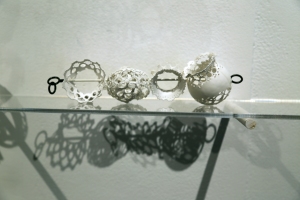 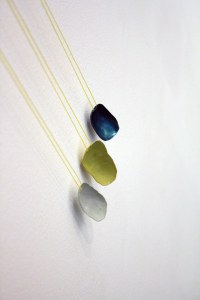 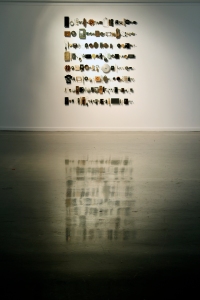 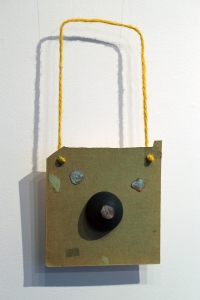 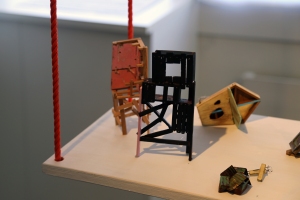 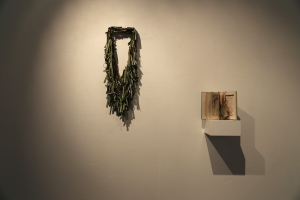 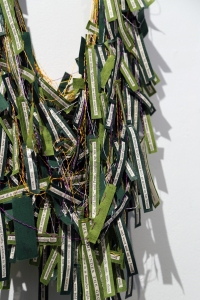 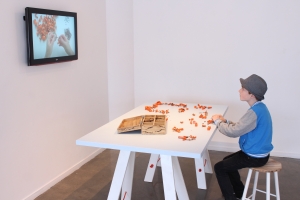 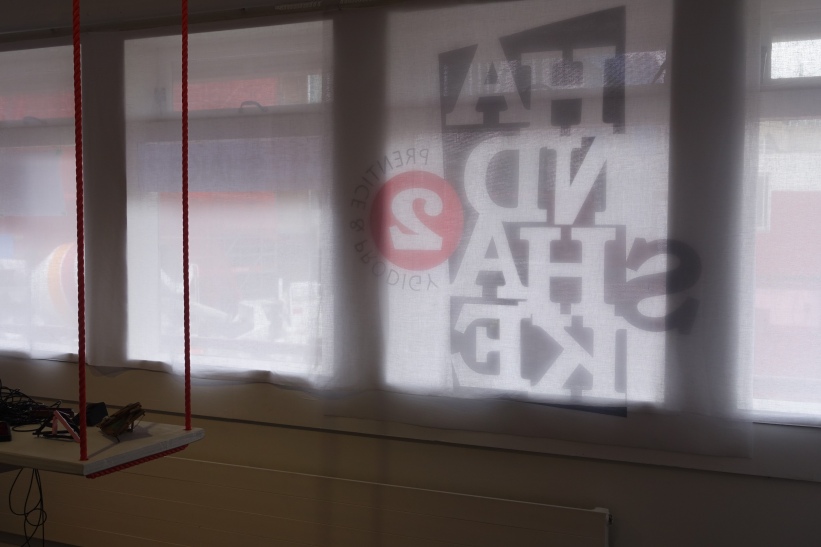 Thirteen emerging New Zealand art jewellers – mentored by some of the world’s most respected contemporary jewellers – exhibit work that has been developed over the past year in HANDSHAKE2 at Toi Pōneke Gallery, Wellington: 22 November – 13 December 2014, opening Friday 21 November 5.30pm (RSVP).

The 13 jewellers all participated in an innovative mentoring programme developed by contemporary award-winning artist and jeweller Peter Deckers, recently selected to exhibit at the prestigious SCHMUCK exhibition in Munich.

In the three years since its conception, the HANDSHAKE programme has already built up a reputation for excellence, and places are sort after by well-known and emerging jewellers from all over New Zealand. The participants are selected through an open call and the selection panel built from internationally renowned experts, from a variation of art practices

“It is a fine-tuning process and we have to ask if a mentorship would further the artist’s practice, whether they have the drive to take risks and experiment, and to become a mentee. The project relies on the concentrated focus of each mentee, and on the relationship and knowledge of the participating mentors.”

Emerging jewellery artists are paired with their heroes – internationally renowned artists, chosen by them to deepen and extend their art practice.  The innovative programme is based on the old apprentice system but in reverse, where the mentor works for the mentee with digital media as the vehicle for communication. The mentee gets a helping hand from their chosen hero artist through their virtual window, using Skype, blogs, and emails as well as the old-fashioned post to connect. Some also travel overseas to meet their mentors face to face.

Sarah Walker-Holt was one of the 13 chosen to be a part of this year’s HANDSHAKE programme. Her jewellery combines her fixation for mechanisms with kitchen utensils and wood. She is being mentored by celebrated Australian contemporary jeweller Helen Britton. Britton has encouraged Sarah to be fearless in her approach to the unconventional and provides a supportive environment for her to create jewellery that allows the wearer to decide how a piece is worn 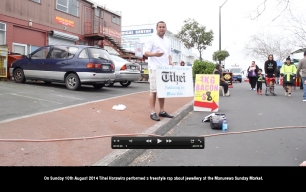 Renee Bevan from European/Cook Island descent chose to partner with established American artist Harrell Fletcher, who has an extensive history in the area of social art practice. Her community ‘jewellery adventures’ have included ideas around performance and public engagement from local mall jewellers to the rapper down the street to collaborating with her local physic medium. Although Renee’s practice is primarily based around ideas related to jewellery, these ideas are often translated into a range of different media that also includes objects, video, photography and performances.

Kathryn Yeats worked alongside award-winning New Zealand visual artist Ben Pearce. Pearce is concerned with the effect time has on objects and spaces: how they have been used and the deterioration that leaves marks behind. Kathryn uses timber and steel to create complex structures with compartments that hide unexpected stories. Her designs are reminiscent of domestic objects and architectural spaces that have been well used and occupied, but are now abandoned.

To create her latest series of work, Raewyn Walsh attempted to empty her mind of everything in the search for ‘something’. Repetitive actions and recurring gestures made room for contemplation and allowed the space to find meaning. Her German mentor Henriette Schuster is a master in quiet work that unpacks strength and subtle meaning.

Traditionally, granulation as a jewellery technique relies on a metal ‘ground’ on which the granules are bonded, usually as decoration. In Raewyn’s experiments, she focuses instead on the form of the granules themselves, with each one representing a moment in time.

This exhibition is part of a series of national and international exhibitions that will showcase the tested and fine-tuned work of these up and comers from their yearlong development. Their journey has been recorded in their active blog handshake2.com

The HANDSHAKE2 exhibition at Toi Pōneke, opening on 21 November is the first exhibition from a series of high profile national and international exhibitions. The second will be their international exhibition (during the JMGA conference) at Stanley Street Gallery, Sydney 8 July- 1 August 2015, opening Thursday 9 July 6pm. The dealer gallery exhibition will be at Avid gallery, Wellington 1 – 14 September 2015, opening Tuesday 1 September, 5.30pm, and their end exhibition is at Pah Homestead, Auckland, 14 December 2015 – February 2016. After that the next phase of Handshake kicks in, that is composed out of the Best of Handshake one and two. Handshake3 will have a new focus with a masterclass by Hilde de Decker and collaborations between mentor and mentee for high profile exhibitions (eg Platina in Sweden).